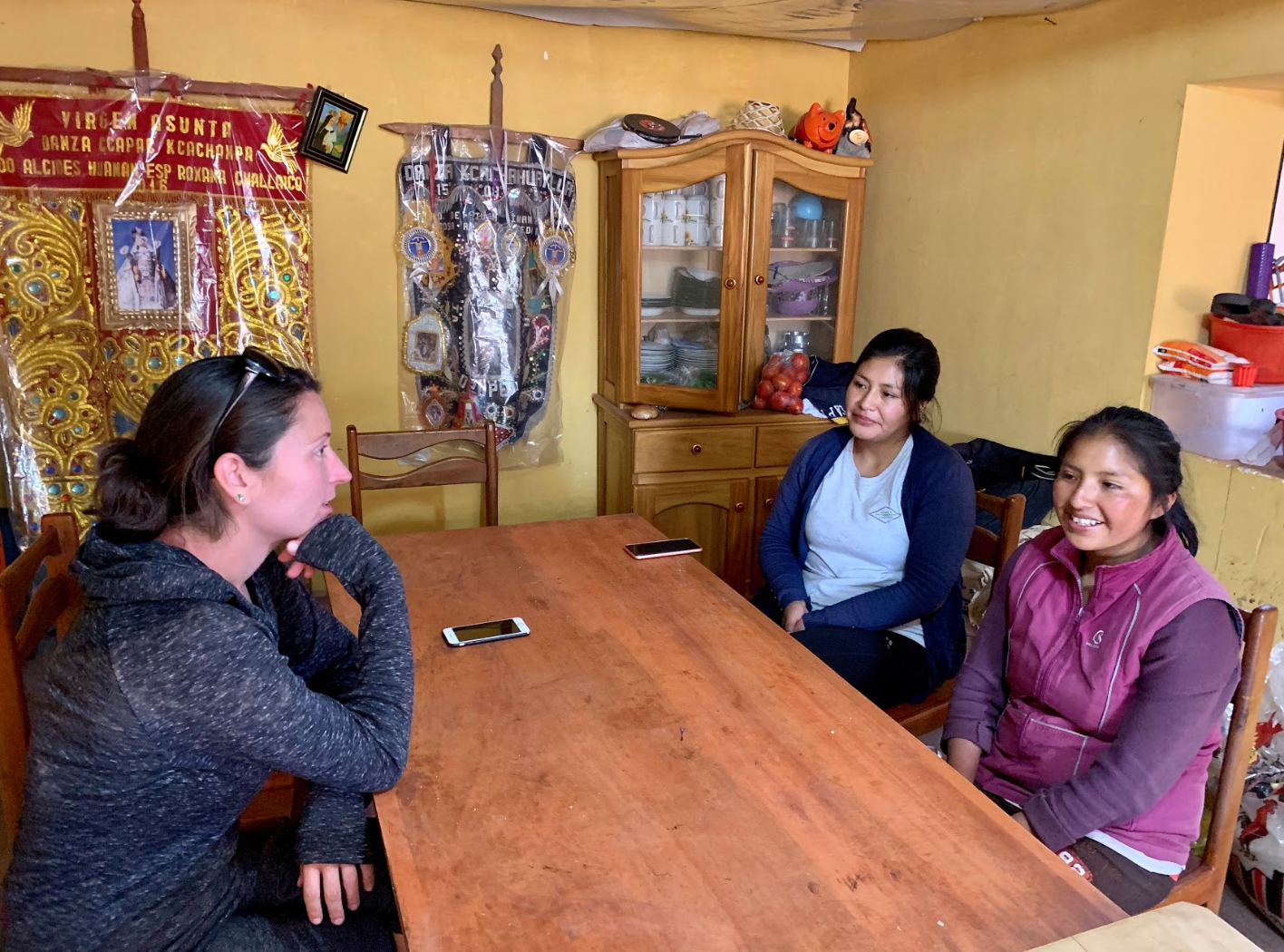 Pinagua, small town near Oropesa, has an economy largely supported by agriculture and a community that maintains a basic standard of living. Unlike other nearby towns, Pinagua doesn’t have access to services for education, health, or related programs. Project manager, Luz Chapi, explained how especially women in the community live in the margins because they have very few options for making a livable income. After talking with the women – many of whom know staff through their after school programming for children – Picaflor House decided to create a project that would empower women with greater financial independence.

Women in the area predominantly exist as housewives who are dependent on their husbands for resources. Most men in the community are contract workers who have temporary jobs that produce an inconsistent income. When income from their husbands is absent, women depend on farming and caring for their animals to survive. Their only option to get money during these times is through selling meat or crops at the market in Oropesa. 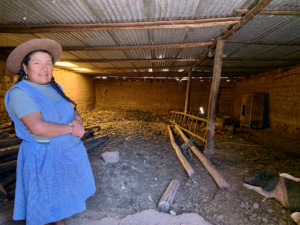 Juana standing next to her cuy pen

Eight families in Pinagua were selected to participate in the women’s empowerment program based on feedback staff had received from women who were eager to work hard to improve their situations. The area has a high demand for guinea pig (or cuy), which is considered a culinary delicacy in the Sacred Valley region of Peru. In collaboration with the community, the project was designed to assist women in raising and selling cuyes.

A group of WECO volunteers from Portland, Oregon came mid-way through the building portion to work a couple of days with the community and lead a financial literacy workshop to teach women basic budgeting skills. The workshop was the first training women in the area had ever had, and will be part of an ongoing support structure in financial management. Ten women attended (including women who expressed interest in joining the program as it expands), and the workshop was translated into both Spanish and Quechua. 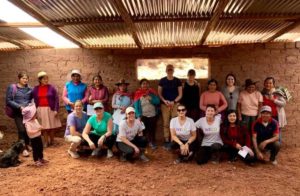 Our last day in Pinagua!

We know from research on economic empowerment how supporting women enriches entire communities because of how women tend to distribute earnings around their families and for social betterment. For this community of women, the empowerment project is critical in providing tools that will help them start their businesses. Women in Pinagua will have more control over their food production and income, and will receive guidance and support with business development and financial management. Future trainings will include workshops on gender equality, animal care techniques, market selling, and self-esteem and confidence-building.

WECO co-founders, Rebecca and Jenny, sat down with Luz, and community members, Erlinda and Juana, to have a conversation about how the cuy project carries impact for women in the community. In addition to this project, Luz works with Picaflor House on their after school youth programs, and she was a key force behind the creation of the project in Pinagua. Luz acted as the WECO translator and guide, and speaks English, Spanish, and Quechua. 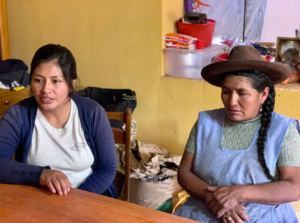 Juana’s cuy building is 90% finished and will serve as space for two pens: one for her and one for her daughter, so they each will have their own separate businesses. The space will be divided with adobe bricks and the roof will be mended so cuyes will stay warm during the rainy season and colder months. Juana expressed gratitude over and over for the opportunity to be more than a housewife. The space will allow her and her daughter to improve their lives and depend less on unreliable income from their spouses. It will also keep them from having to kill or sell their other animals when they need money.

Erlinda discussed how having a cuy business will help her support herself and her young family, as her husband doesn’t consistently bring in money. In the past she felt disrespected and neglected by her husband, on whom she was completely dependent. Raising cuyes will give her more reliability in income and in caring for her family, as well as more options for her future. Unlike before, when she wasn’t allowed to be involved in decision-making about finances, she will now be in complete control of funds from her cuy business. In essence, it will give her greater freedom to make healthy financial decisions along with more financial stability. A goal of future trainings is to support women like Erlinda in understanding their rights so they can have better standing in the community along with higher self-confidence. 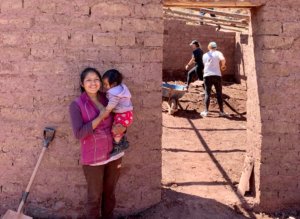 Erlinda and Almendra (left to right), on the work site

So far, four families have started construction with funding assistance from WECO. Four more families are on a waiting list while other funding streams are explored by project staff. During WECO’s trip to Pinagua, there was additional interest from families in other areas around the community. Some of the interested women showed up to the financial literacy training to learn more about how they could get involved.

Once the first four families are up and running, Picaflor House plans to continue to expand the project so more women can have their own businesses. 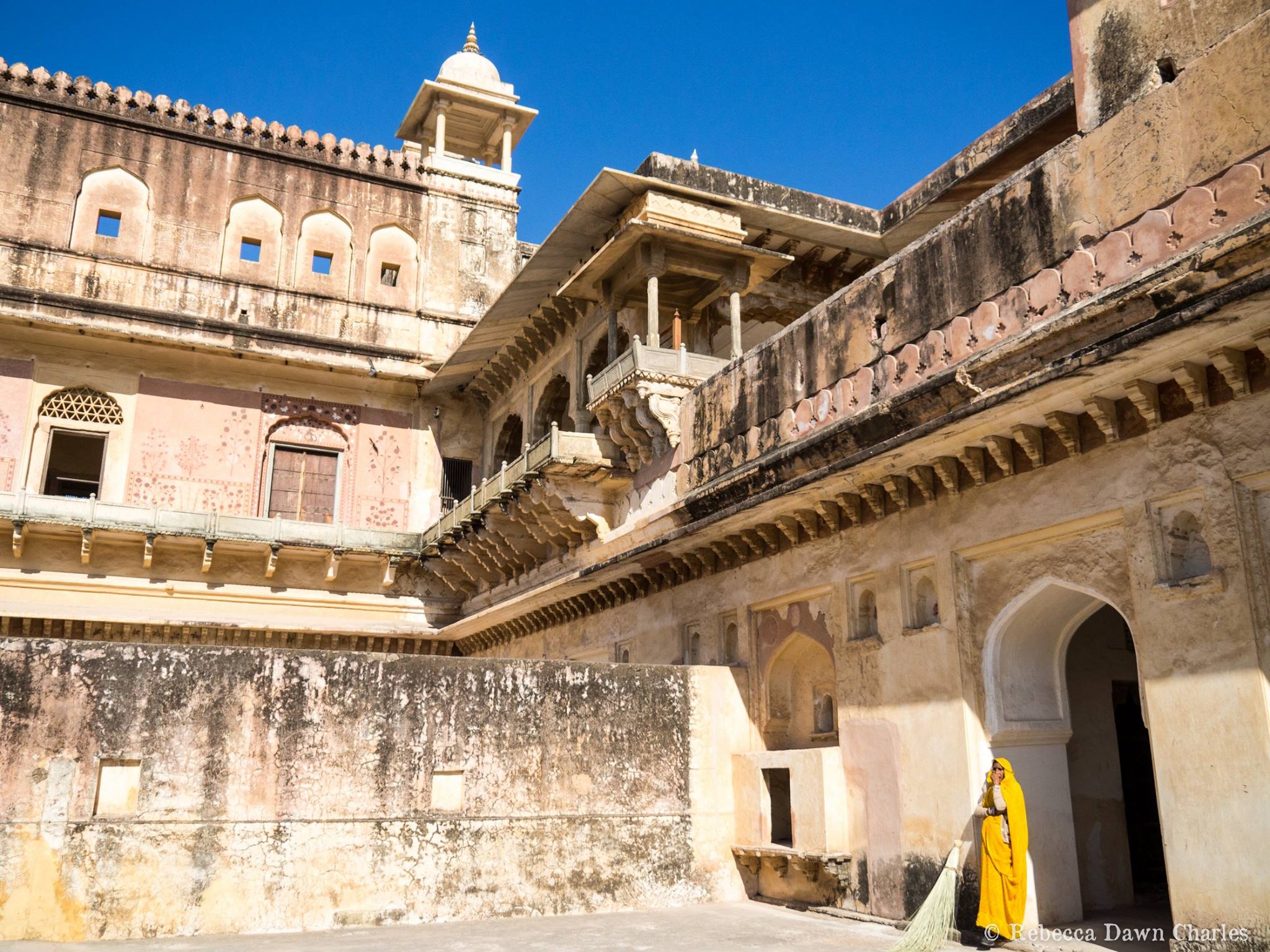